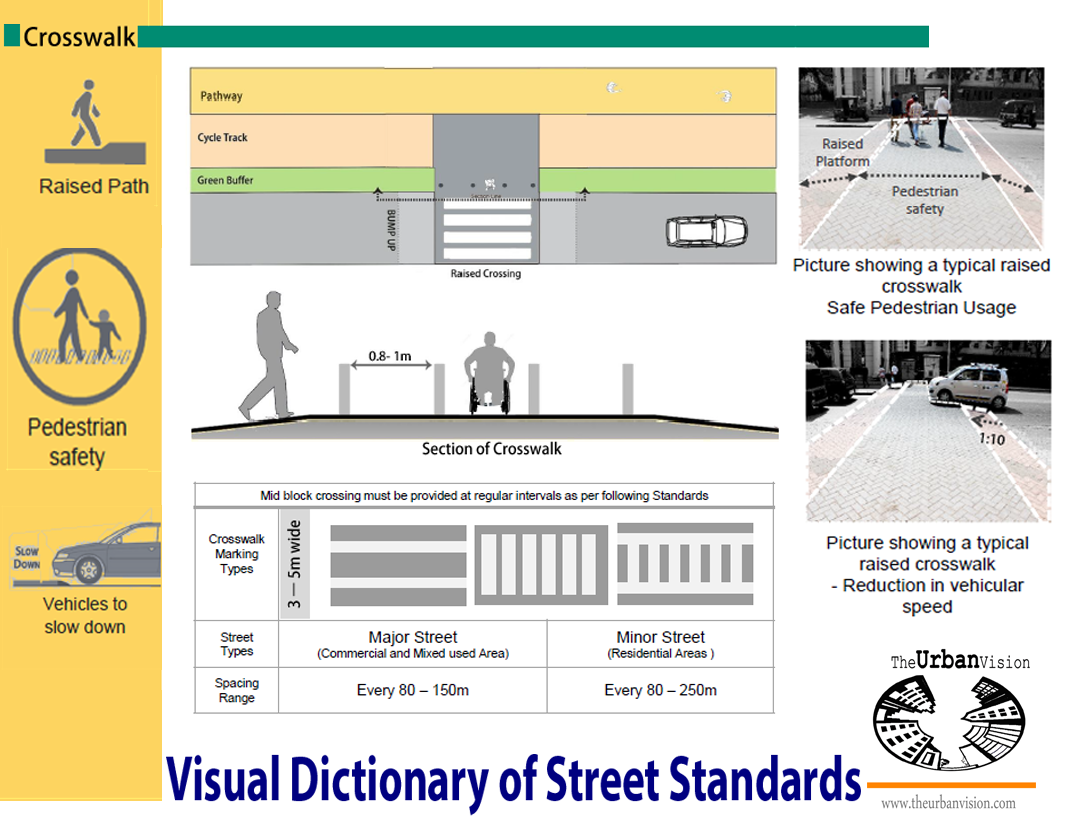 Crosswalk is a portion of roadway at an intersection which indicates crossing for pedestrian which helps to increase safety of pedestrian.
About : | Visual Dictionary of Street Standards| “To design a street according to its probable use is a reasonable but uncommon practice.” said the City of St. Louis Plan in 1917. We strongly believe the streets, squares, and public spaces form the vital element in any neighbourhood & city. They are the single most important component that adds to the livability of the city. Visual Dictionary of Street Standards visually depicts the various components of a Livable Streets
This is part of Visual Dictionary of Livable Streets which was developed by the 2016 Fellows as part of our Young Urban Leaders Program. Credit: Priyanshu Sharma, Sneh Salot, Shruti Punjabi.