Is JNNURM about Inclusive Development? 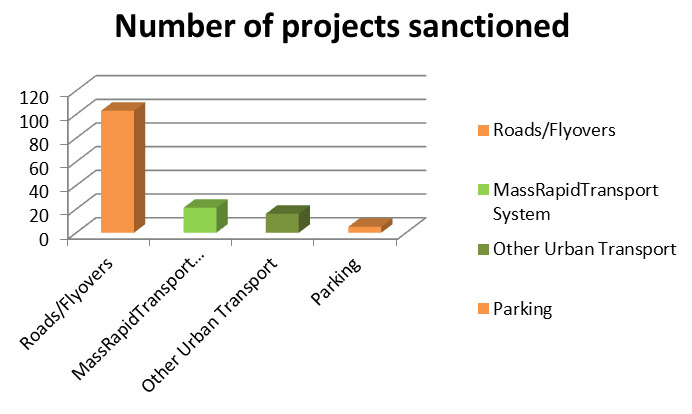 Jawaharlal Nehru National Urban Renewal Mission is a flagship city redevelopment program that was launched by the Government of India in 2006. The Mission is the largest initiative of Government of India for planned development of Indian cities.
Prime Minister Dr. Manmohan Singh had highlighted on the need to increase quality of life in India cities while launching the program “As we build infrastructure we must also improve the quality of living for all those who live in our cities. Our vision of urban development has so far been uni-dimensional. This must change. We have thus far focused more on space and less on people. We need to have an integrated framework, in which spatial development of cities goes hand-in-hand with improvement in the quality of living of ordinary people living there. ”. Kamal Nath , the new Union Cabinet Minister of Urban Development also recently highlighted that the JNNURM Program is focused on  improving the quality of life in our cities.
To corroborate the government’s assertions that the program is intended to increase thequality of life for most of the people in Indian cities, I analysed the program’s investments in the transport sector that intimately affects the quality of life of ­­­the community.
The total number of projects in the transport sector approved by the Government of India and related spending illustrates a focus on flyover & road related projects that aids car users.

Mapping the above  investments alongside current “modes of transport” in Indian Cities shows that even though car users are a minority in Indian Cities, they are arguably the biggest beneficiaries under the JNNURM Program.

Source: Traffic & Transportation Policies and Strategies in Urban Areas in India, Ministry of Urban Development, Government of India, New Delhi
Principles of urban planning based on dense, walkable, mass transit driven development are critical in ensuring a livable & inclusive city. Experts like Urbanist Enrique Penalosa have often argued that ” In developing-world cities, most of people don’t have cars, so when you construct a good sidewalk, you are constructing equality. A sidewalk is a symbol of equality” .
While I recognize that the road infrastructure is also used by Public Buses and Intermediary Public Transport ( Like Taxi’s & Rickshaw’s) ,
I am still not comfortable with such a disproportional amount of spending on an infrastructure that will push exclusive Auto Centric Development.
So I conclude that the Indian government’s declarations that JNNURM is aimed at increasing the quality of life for most of its people seems like a populist rhetoric given that their actual  investments show a penchant to serving elite needs.